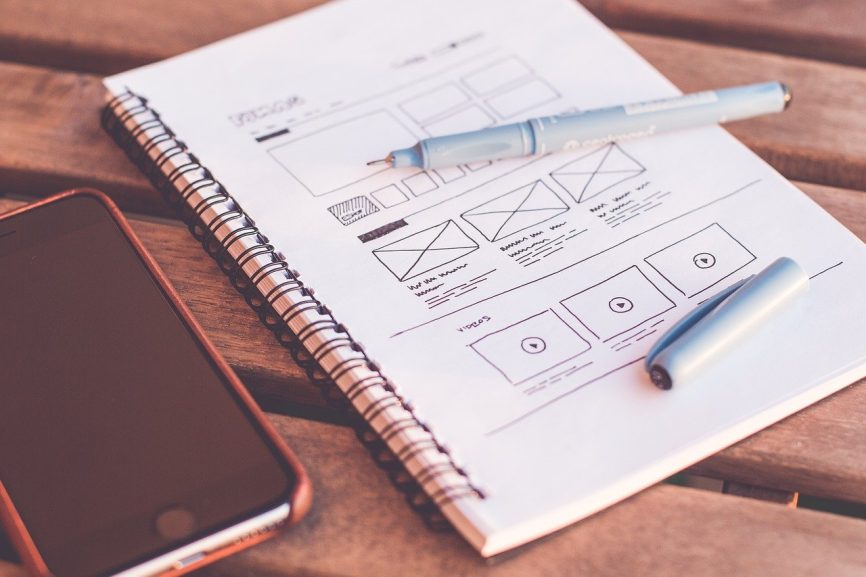 Hick’s law is a commonly-cited psychological phenomenon in web design. Named after psychologist William Edmund Hick, it will illuminate your eyes to a common mistake that website masters and designers often commit without even knowing.

It’s somewhat similar to the paradox of choice, an idea that was made famous by psychologist Barry Schwartz. The paradox of choice states that the more options a person has, the harder it is to make a decision, and the more dissatisfied and doubtful they will be with their decision. Schwartz published an entire book about it.

In any case, when applied to web design, the idea is the same. If you provide your visitors with too many options, it will make it harder for them to make a decision, and it will take them longer to do so. During the time they spend processing the many choices you have offered them, they may get distracted and leave your page without taking any action whatsoever.

Here are six ways to apply Hick’s law to web design to get more conversions and help your customers make their decisions quicker.

Having a content hierarchy means placing your most important content first. Some people will only put calls to action at the bottom of a page, but that’s incorrect most of the time. By the time people will have reached the end of a page, they will have been bombarded with so much information that it can become overwhelming.

However, it’s not just your call-to-action that you need to prominently place upfront. It’s also the main benefits of your product. You can expound on those benefits later, but include the basic information at the top.

However, a content hierarchy doesn’t only apply to a single page. It applies to your entire site. You want your most important pages to be at the top of the menu and more visible than others. That’s why a content structure is so important.

You can set up different menus (one for the header and one for the sidebar or footer) or divide a menu into categories and subcategories with the most critical options at the top. Furthermore, you can create parent pages and child pages to indicate the order of importance of your pages. It’s all about making it easier for your customers to understand which information is more relevant.

2. Make Your Menus Easier to Understand

I mentioned that you can add subcategories to a menu, but you don’t want to overdo it. Try to make your menus easier to understand. You can do that in several ways.

One way is to create two or more menus, as I already mentioned. You can even have a few menus in the header of your site. By dividing your menus into separate ones and making each one smaller, you can make it easier for customers to find what they are looking for – as long as they have a basic idea of which menu to look at.

It’s more than that, though. Try to use simpler words to describe your menu options, and try to use as few words as possible for each option. Not only will this make your site more mobile-friendly, but it will give people less information to process. They’ll be able to find what they need quicker, and you’ll increase user satisfaction rates.

You can also cut out some menu options altogether. Ask yourself whether those additional menu options are really necessary for increasing conversions or whether they may be producing the opposite effect.

Remember, more is sometimes better, but sometimes, more is less. More local citations and backlinks are generally better, as long as they’re high-quality, but menus aren’t like that. At a certain point, each additional menu option just makes your site more overwhelming.

3. Limit the Number of Form Fields

What applies to menu options applies to form fields. Whether it’s a contact form, email signup form, purchase form, order form, or even a feedback survey, more is often less.

The more fields you add, the more you risk customers never filling out the entire form and leaving, never to return, causing you to lose conversions. That especially applies on mobile, as it often takes people longer to type.

If you must include more fields, consider breaking up your form into a multipage form, with 2-4 pages. Put the easier fields first, and include a progress bar at the bottom indicating how close the person has come to completion.

That will help ensure that more people fill out the entire form due to the concept of sunken cost. In other words, after already having put in half the work, people will feel that it’s worth it to put in the other half and get the initially-desired result instead of quitting and having done the work for nothing.

4. Divide the Elements of Pages Into Groups

It’s like dividing menus into various parts. People will be able to find the group most relevant to their needs and focus on that exclusively, mentally blocking out the options in the other groups.

Social media is important. It allows you to drive free traffic and engagement and build yourself up as an authority in your niche. Including links to your social media profiles on your website is a good idea, as is including social sharing buttons, so people can share your blog posts with friends and followers.

Nevertheless, you must do it wisely. Hick’s law applies here, as it does to website design in general.

Depending on your niche, some of your social sites may be more integral for driving conversions and building your brand than others. For some companies, it will be Instagram and Facebook, while for others, it will be Twitter or LinkedIn. It all depends on the industry, the nature of your business, and your target audience.

If you have a LinkedIn profile but Instagram and Facebook are your main money-makers, consider only including links to or widgets displaying your Instagram and Facebook profiles. Otherwise, people will have to spend time checking out your LinkedIn, Snapchat, Pinterest, and other profiles as well, and they may follow your less influential profiles or none at all.

The same applies to social sharing buttons. If your target audience is mostly on Twitter, for example, and doesn’t spend a lot of time on Facebook according to your market research, consider only including Twitter sharing buttons on your blog posts. That way, people won’t have to think twice and can immediately share your content.

This does not only apply to your website but to your entire online presence as well. For example, include only links to your most important social profiles in your email newsletter footer. Similarly, on your GMB profile or in your local citations, consider leaving out some social profiles.

People will spend time going through each slide in the carousel, perhaps two, three, or even four times. As time goes on, they may have a harder time making a decision.

If you do need to use carousels or sliders, limit the number of slides in each carousel. Two or three should be the maximum. Even then, use carousels sparingly, and try to use them in places other than at the top of your homepage.

Your primary goal should be to make things easier for your customers, not harder. Hick’s law states that including too many options will lead to a confusing customer experience. While Hick’s law was discovered long before internet marketing, it’s an especially important rule for marketers and web designers to remember.

A/B split testing can confirm Hick’s law. If you’re hesitant to cut down on options and give your customers less information, try it! You will likely be surprised by the results.